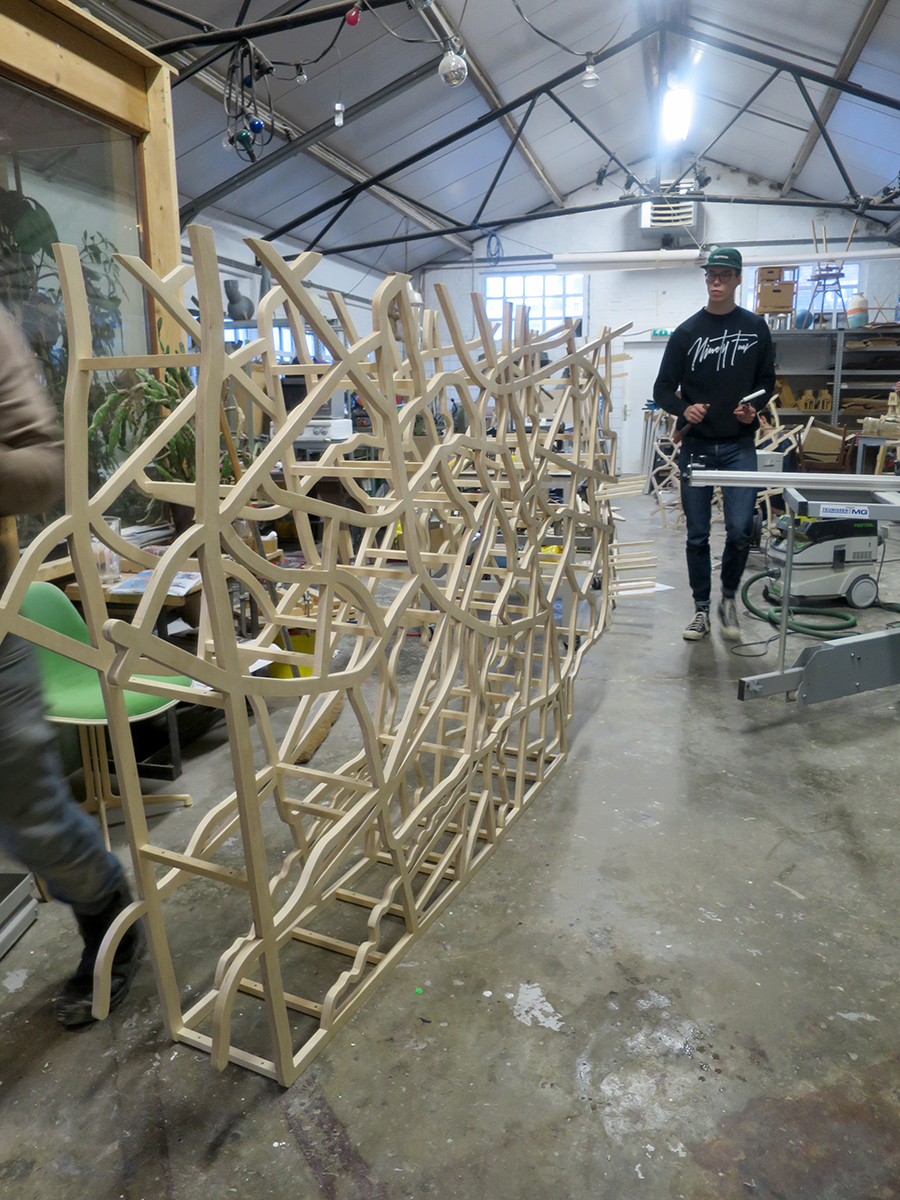 A work in progress here. This 3.5 meter tall cabinet is based on the roadmap of Eindhoven city and functions as part of the Eindhoven 2116 project. It will be put up in the public library of Eindhoven.

The Eindhoven Public Library is celebrating its 100th birthday. For this event we are doing a project that will cover the whole year. We will invite the citizens to share their visions for Eindhoven in 2116. Visitors can scan their future ideas to a database and add them to a wall of vision. The greatest ideas we will translate into three-dimensional objects and will be added to a big alternative bookshelf that is placed in the centre of the library. 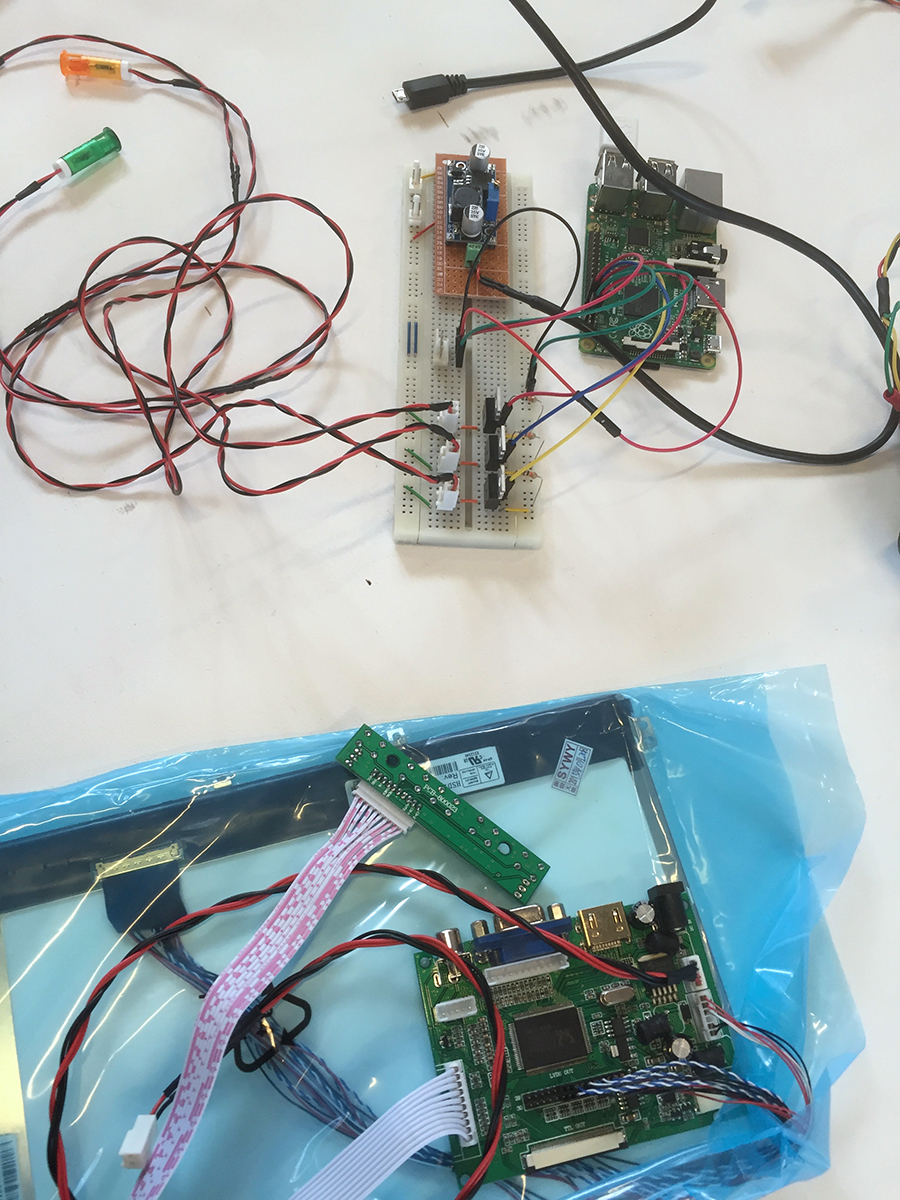 More and more we see the application of technology enter the projects we work on. It’s no longer limited to programming for on-screen solutions. It gets embedded into objects and becomes part of our approach. doing so this opens a vast array of new possibilities.

History in the making

For the exhibition ‘Her City’ about the role of women during the interbellum in the city of Eindhoven, we are working out the graphics and interior concept. The exhibition will take place at Designhuis. More soon.

At the end of a great Dutch Design Week it’s good to celebrate and have fun after all this hard work. Why are we always out of beer way to early? 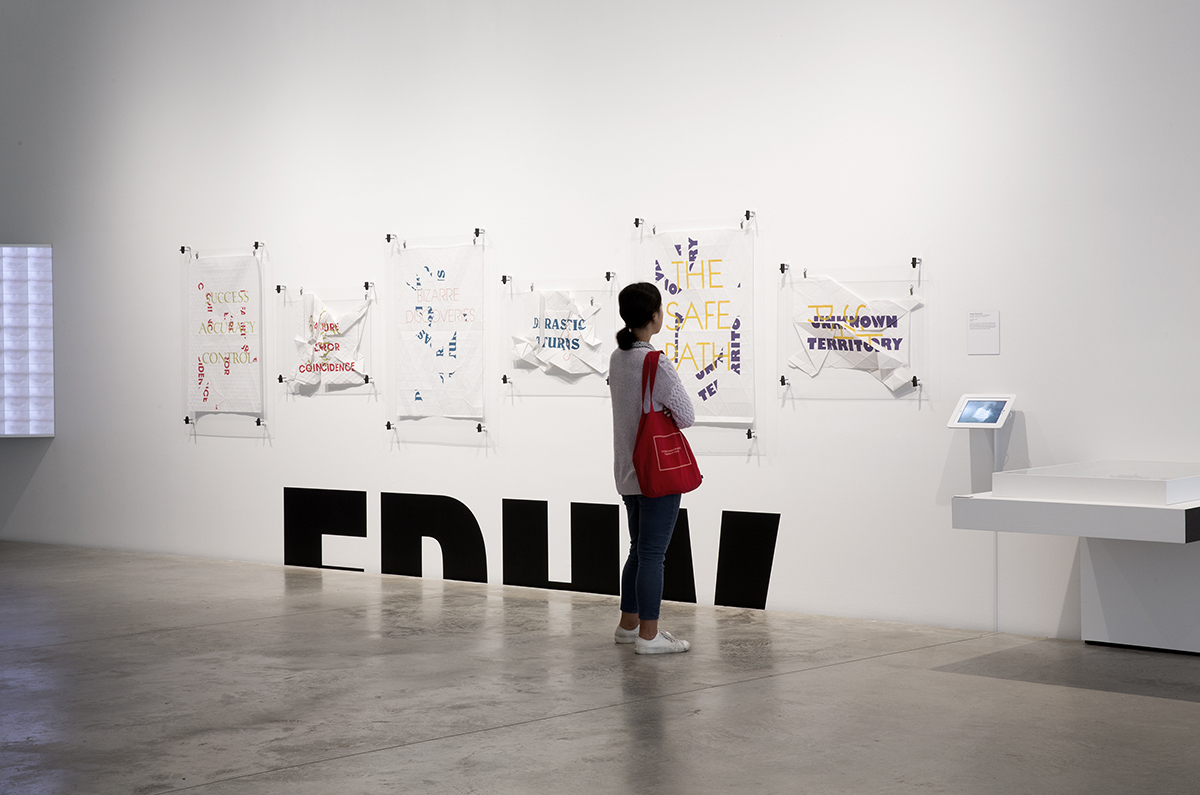 Here is an impression of an exhibition ‘Stereotype’ currently on show in New York, Sept. 30 through Dec. 15. It contains two of our projects. ‘Wordigami,’ originally created for the first show of Dutch Invertuals in Milan, and ‘Burners’ that was first presented at the Dutch Invertuals show ‘Untouchable.’ So if you happen to be in New York these days, don’t forget to have a peek.

— The Sheila C. Johnson Design Center (SJDC) at The New School’s Parsons School of Design presents StereoType, an exhibition of works by artists and designers who are leading the way in experiments in typography.

Originally organized for BSA Space, Boston’s leading center for architecture and design, the work in the exhibition heralds a departure from conventional typographical approaches focused on two-dimensional letters by incorporating elements of time, movement, and the third dimension.

“Historically, typography has been designed with two axes in mind, x and y,” said exhibition curators Ginger Gregg Duggan and Judith Hoos Fox of curatorsquared. “Today, in contrast, designers are broadening their perceptions about type to accommodate the added dimensions of a digital and experiential world. Recent innovations in type design take principles of animation, interactivity, and kinetic movement and combine them with traditional components of typography, resulting in pioneering explorations in motion typography.”

The exhibition includes work in a variety of media—video, projections, models, drawings, objects, computer animations and interactive installations—by 14 established and up-and-coming designers from the United Kingdom, Japan, Canada, France, the United States, Israel, The Netherlands, Germany, and Australia. These artists integrate elements from the fields of animation, craft, performance, nano-science and graffiti into their work.

“The work of the designers in this exhibition is anything but—forgive the pun—true to type,” said Radhika Subramaniam, Director/Chief Curator of the SJDC. “They represent the kind of experimentation that actively feeds our interests at the university.”

For the october editions of Eigen Huis & Interieur there was a photo shoot on design from Eindhoven in our studio. Nice to see so many objects together in one place for a day. 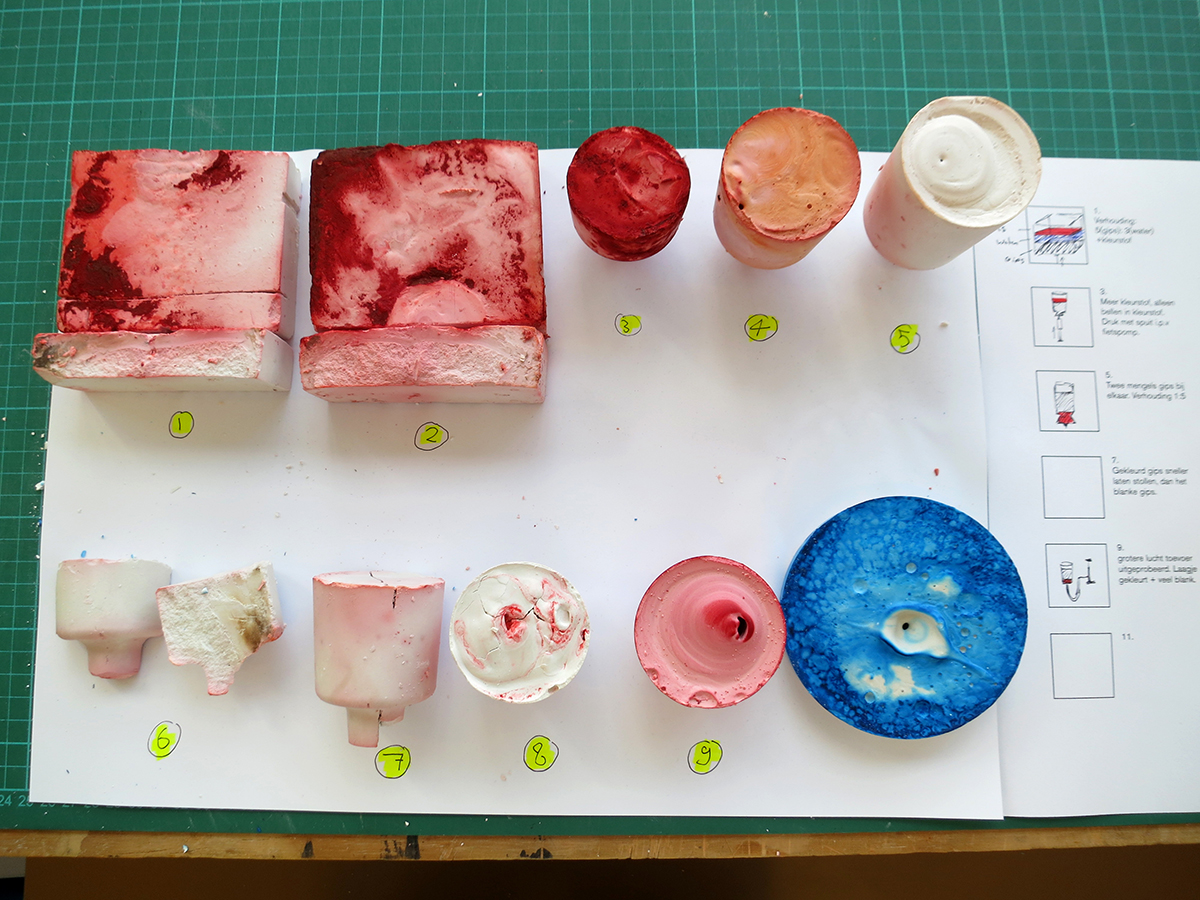 Hands in the clay

An exploration into movement in design and design processes was the starting point for the show ‘No Static’ by Dutch Invertuals. A day of playing on the beach inspired us to explore Morphodynamics. Our lab team researched and iterated eventually bringing in the technology. Next to that we even brought in the material mastery of Carlo Lorenzetti to help out in this crazy project, because ceramics is not the easiest material to understand and work with. In the end this all lead to the ‘ceramic tile factory’ we presented.

Here are some nice images of the process.

Here are some nice impressions of the opening dinner for the Dutch Invertuals exhibition ‘No Static.’