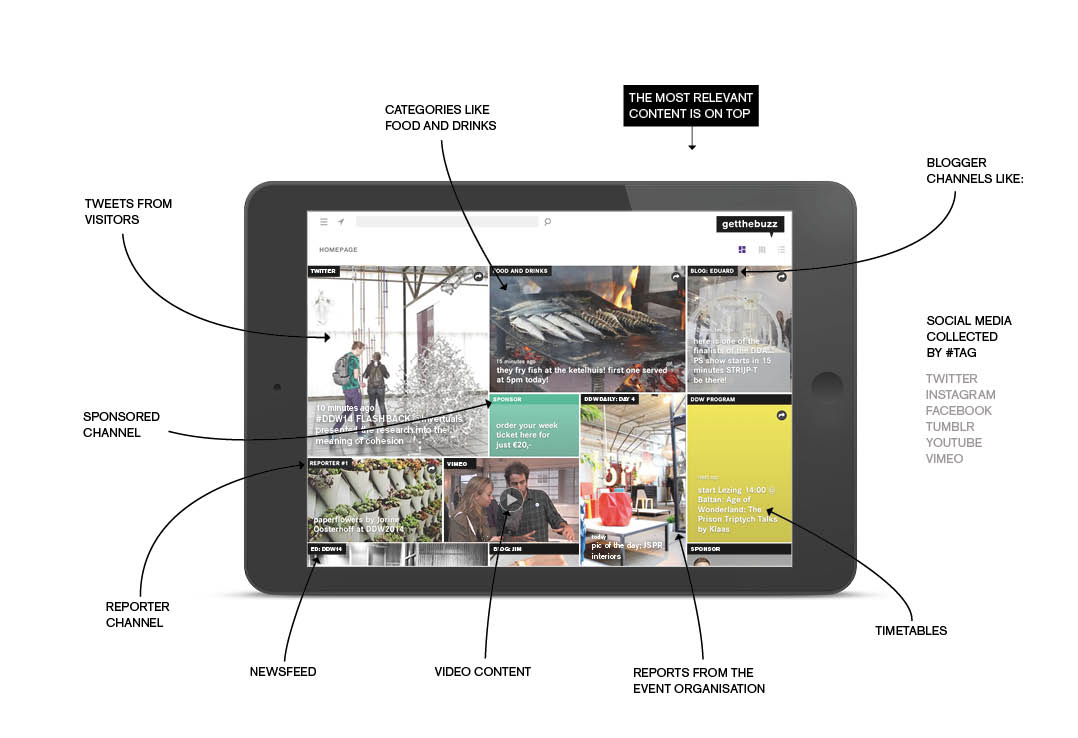 Since 2013 we have been working on a digital publishing concept. Together with the Province of Brabant we launched the first Pilot of Getthebuzz.nl During DDW 2014. This concept was developed for enhancing the live experience and embedding of an event in its local context by channeling social media as well as self generated content in one overview. It functions like a subjective real-time digital newspaper and shows everything that is happening during the event through the eyes of the visitors and reporters.

One of the things that keeps happening is those goodbye moments when interns are leaving. After months of hard work they are like a part of the team. So it’s often with a double emotion that we say farewell. On one side ‘hate to see them go’ on the other side ‘curious how their careers will turn out.’ they come from far these days. We had interns from: France, England, Russia, Poland, Japan, Bulgaria, Italy, Canada, Singapore, Denmark, United States, Brazil not to forget the many Dutch off course. And the list keeps on growing like a global family.  It keeps us dynamic. They come and learn from us as much as we learn from them. It’s a big privilege to work with them and be able to play a little role in their development as designers. Maybe that’s why the barbeque has become like a goodbye ritual at our studio. If the weather is good off course. 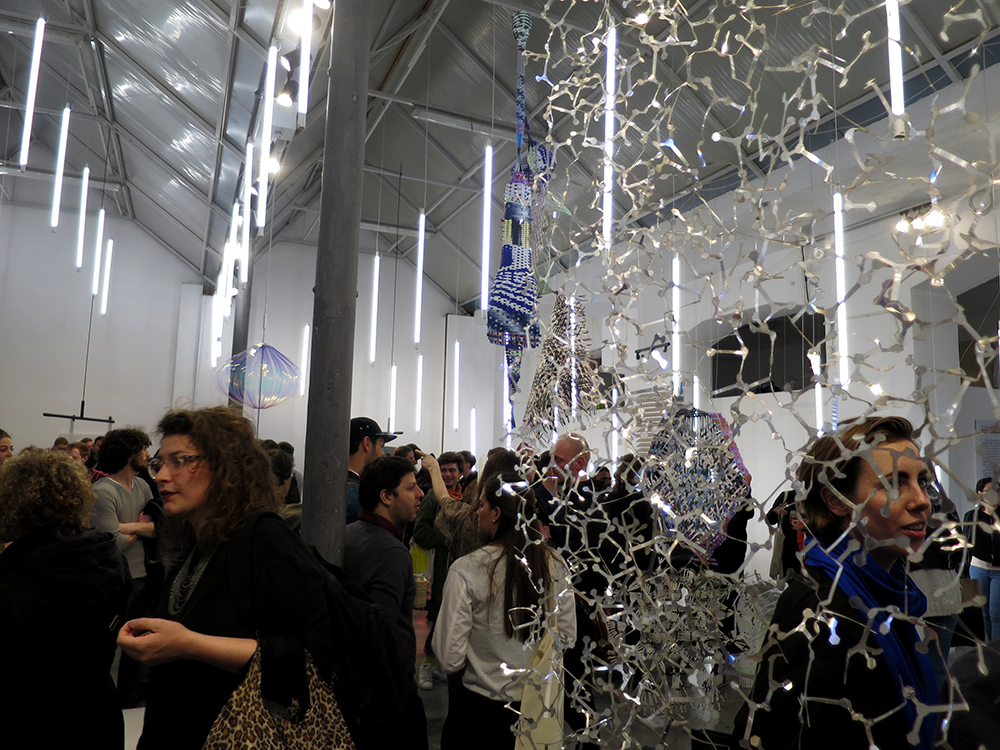 And yes, as always Dutch Invertuals has it’s party on a friday night as a celebration for all the hard work. And after the party the after party. 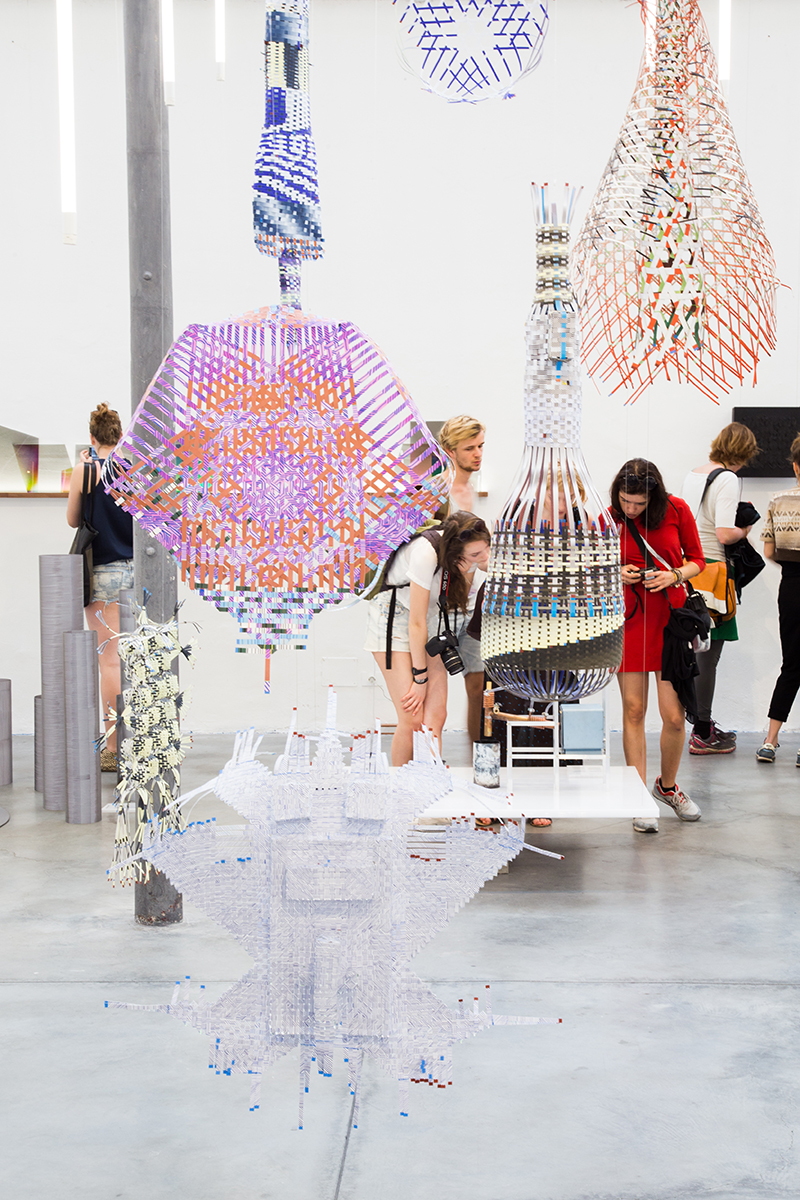 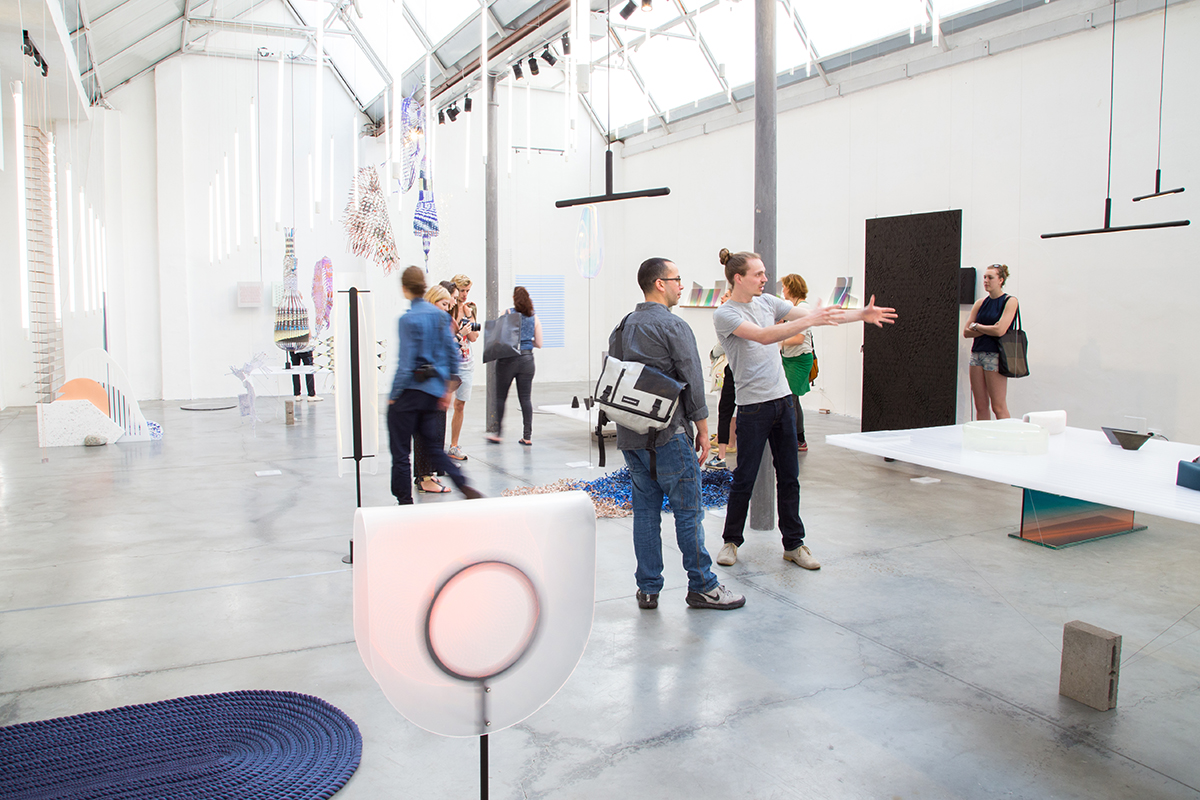 Within the context of the future way of life the designers explore the esthetics and complexities of an increasingly virtual world. Technology is becoming invisible. The intactile world is gaining ground in the understanding of who we are. While physical objects lose function, forms are freed, orphaned and adopted. What is left are merely bodies reflecting our identities.

All this requires a renegotiation of the space around us and it’s effects on being human. Generations to come will refer to the past as primitive.

This exhibition is an exploration that reflects, moves, shines and glows. Crafting materials with character rather than function. Flirting with new esthetics and usabilities. At the same time they cultivate the presence of a new kind of language: BODY LANGUAGE.

make sure you hit the ‘more’ button on this one. 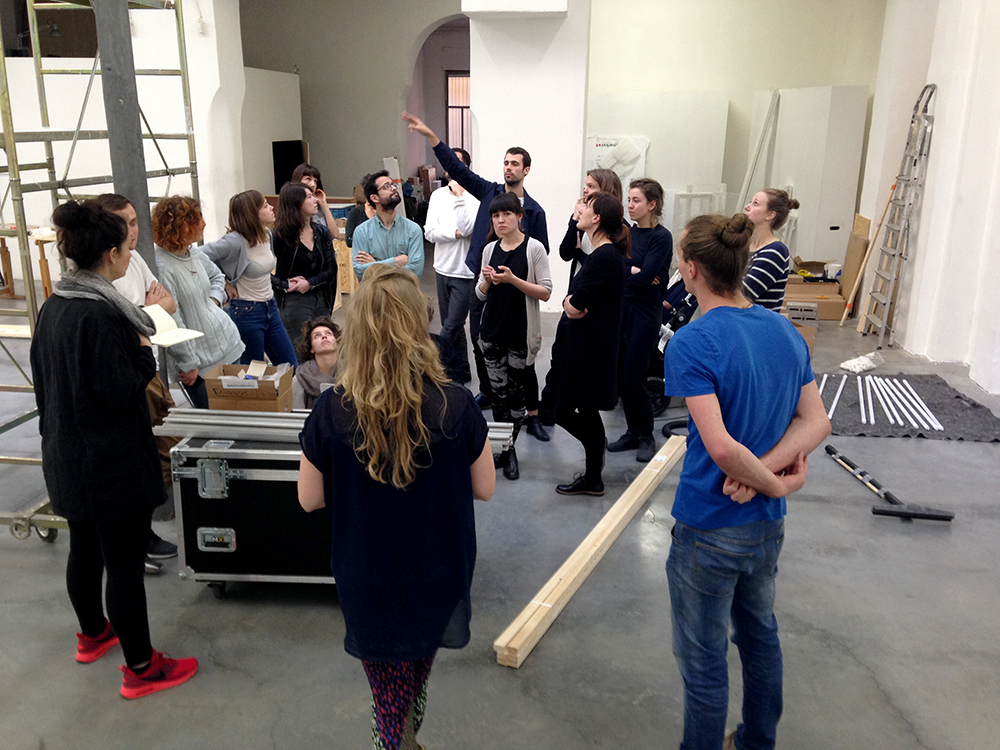 Setting up shows in Milan is starting to become a routine. After all the stuff arrived by truck and all Dutch Invertuals arrive by plane the briefing for the exhibition begins. This time, hanging 80 lights is the challenge. In the mean time the promotional items are being prepared and flyers sorted out. When everything is set another briefing about each individual work takes place so everyone can represent everyone to the fullest. 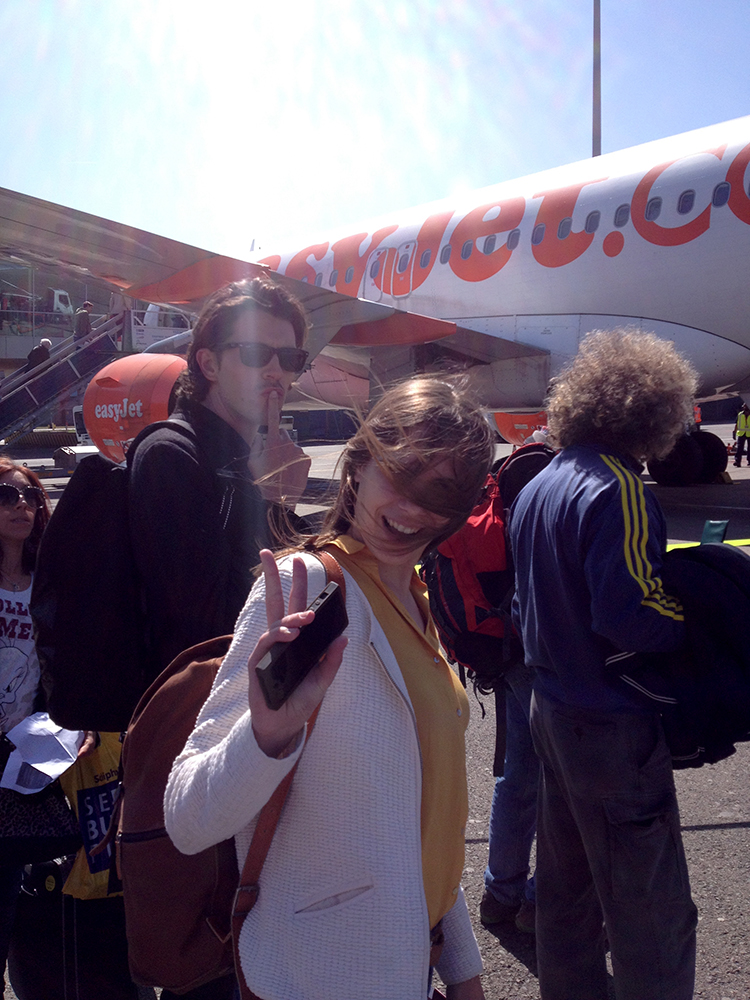 Edhv has sent a delegation to Milan to represent and promote Getthebuzz, the media platform we have piloted during the Dutch Design Week. The Milan edition is a cooperation with Dutch Invertuals and also an extensive field test during this international big scale event Salone Del Mobile. 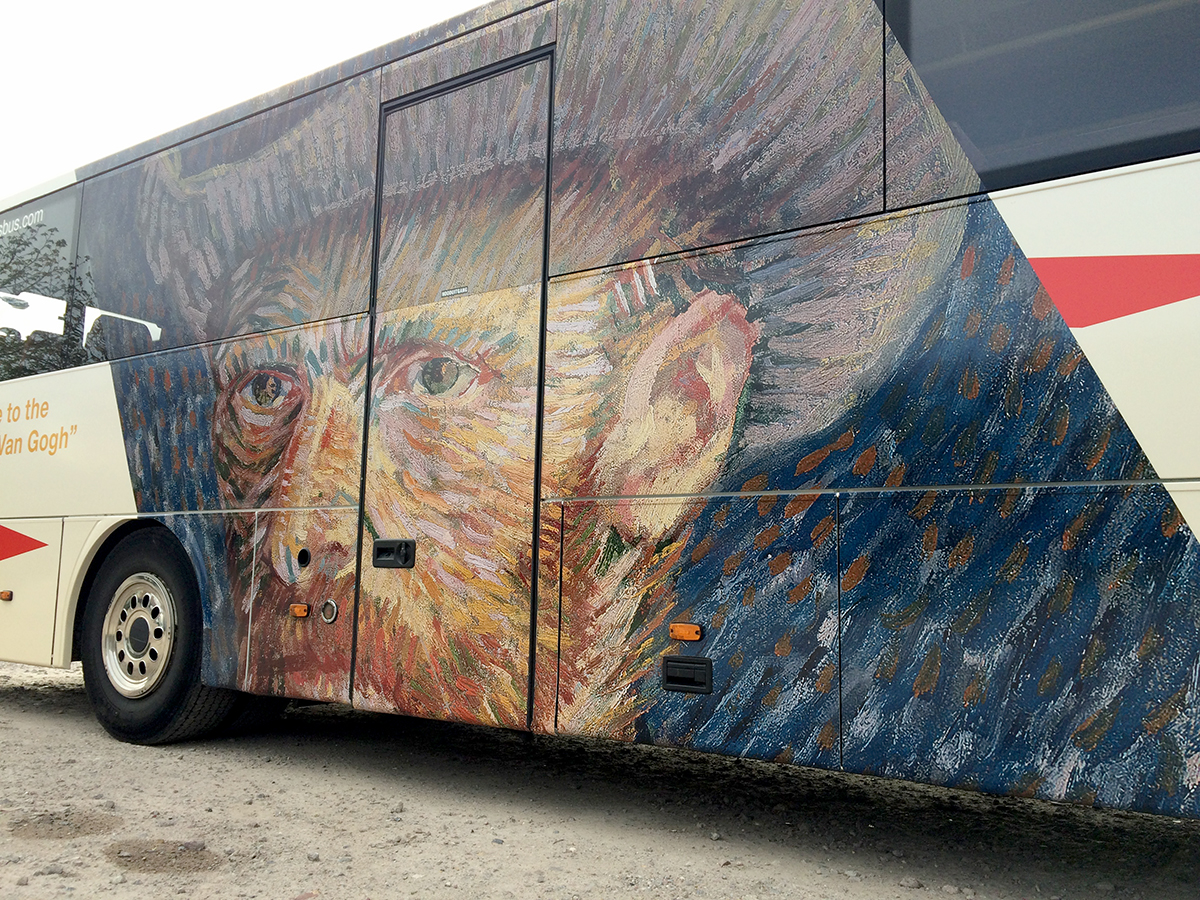 This bus will travel back and forth over the A2 highway between Eindhoven Airport and Amsterdam coming years. A perfect surface to promote two of our Iconic Brabanders; Vincent van Gogh and Jheronimus Bosch.

Here is an impression of the official opening of the pop-up museum ‘The Vincent Affair.’ A project we worked very hard on over the last couple of months.

Get into the Van Gogh spirit at Nune Ville. A place that will challenge you to see the world, like Vincent did, from a different perspective. Be inspired by experiencing The Vincent Affair for yourself.

We are proud to announce this exhibition on Vincent Van Gogh. Our team has been working hard to put it all together. it has been an honour to work on the subject of such a great artist. to be able to get a glimpse into his motivations and help proving the relevance of his work and life to this day. 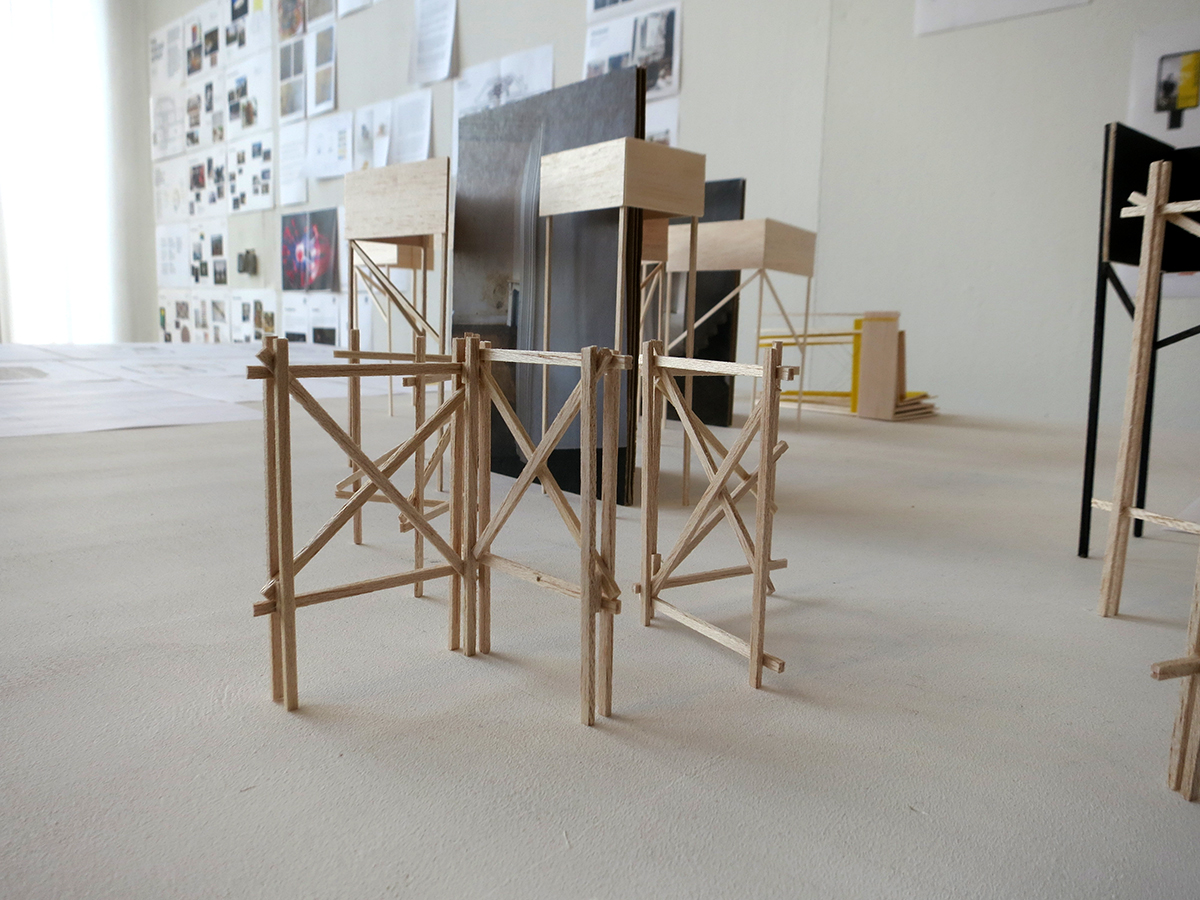 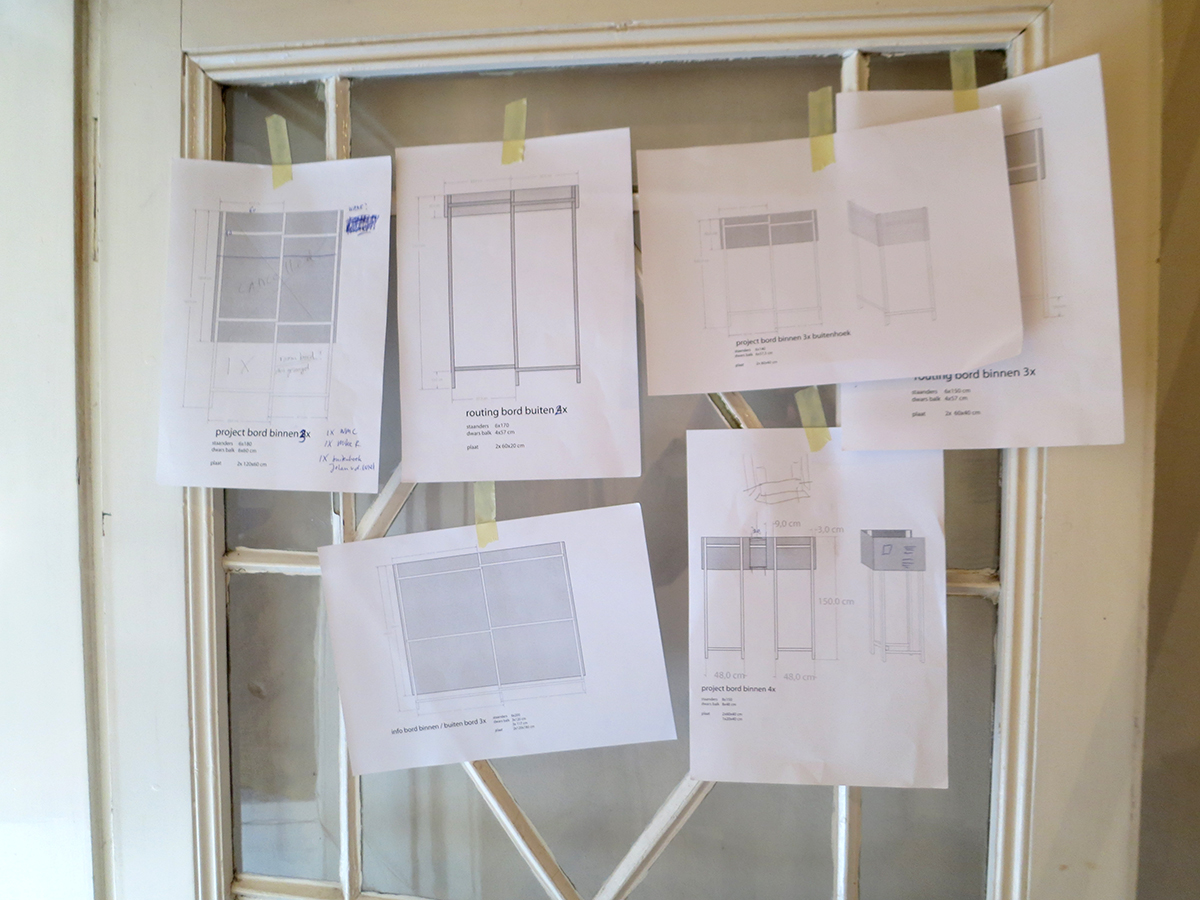 Building up for the exhibition called ‘The Vincent Affair’ that will open next week at the historic location Nune Ville. Nune Ville used the be the home to Margot Begemann. The woman Vincent Van Gogh was in a relation with during his time in Nuenen.

The affair has played an important role in the life of Vincent Van Gogh. And now that the house is empty it offers a perfect venue for this exhibition. After doing research into the history of this story we discovered that many issues Vincent was struggling with are still very relevant today. There are many shows on his Art and life so his personality is what this exhibition is about. Come take a look.