Edhv congratulates EHV365 and the city of Eindhoven with winning the national award for city marketing. Good to see this joint effort is bearing its fruit. Glad to be part in it.

Edhv was invited by Transnatural to show their debug project as part of the ‘Linking Parts’ exhibition at the amazing site Grand Hornu in Belgium. During the official opening bugs were doing their part again in producing a limited run of prints. If you happen to be interested in obtaining one, just give us a call.

Warming up for the summer

This was our first little get together for 2014. Good to see you again, have a chat and a beer. If you didn’t make it to this one, there is always the next time. See you then! 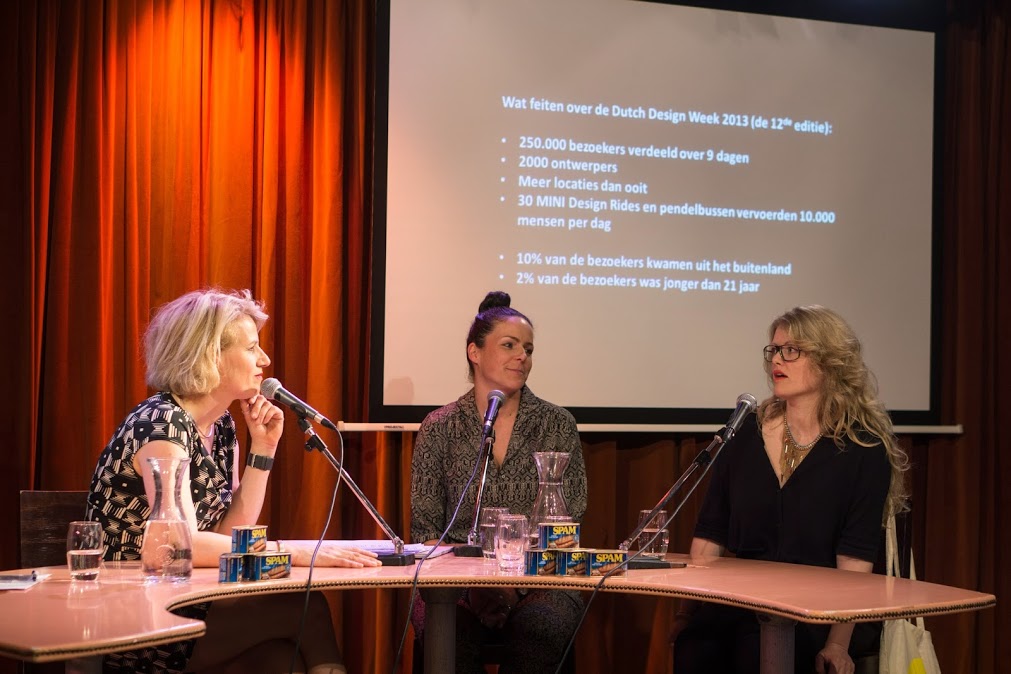 Wendy Plomp was invited as speaker on a local talk show about the significance Dutch Design Week.

At the moment this lettering is being placed on a part of Roermond’s industrial heritage also known as the Baco building. The building houses the new headquarter of Wonen Limburg and from now on goes bij the name of ‘Wonen Limburg Huis’

Newly gained knowledge allows us to venture deeper into the future. We create new tools, speak a new language and formulate new aesthetics. We interpret nature, re-think our traditions and shape our identity.
After gaining so much knowledge and freedom to design our own individuality, and even our own society, it is time to re-discover what can truly bring us happiness. It has become so easy to take our freedom and luxury for granted while the world, as we know it, is in desperate need of balance. Step by step we are figuring out how to bring knowledge to good use. This will eventually lead to a Happy Future.

“The mission of Dutch Invertuals is to show and challenge the value of knowledge and beauty.”  Wendy Plomp – Curator

Dutch Invertuals is a collective of individual designers who are expanding the limits of their profession. Designers with different backgrounds, but with one thing in common: experiment is principal.

Like every year Dutch Invertuals is present again at the Salone Del Mobile. Even in times where budgets are strongly under pressure. It proves dedication, creativity and teamwork will prevail. It feels good to recycle the material from the show of 2012. And what really helps is this marvelous space being run by cool people in the coolest part of Milan. Spazio O’ in the neighbourhood Isola. www.on-o.org

If you happen to be at the Dutch Invertuals show in Milan. Ask for the Lookbook. It’s a vast and brutal overview of five years blood, sweat, tears and tons of awesomeness. Amazing what can be achieved in such a short time. The lookbook serves as a prelude to the publishing of a Dutch Invertuals book later this year.

We had the honour to receive a group of international guests at our Edhv studio. The group consisted of six selected artists, social designers and engineers from Guatemala, Kenia, Indonesia and Nicaragua. In their daily practice, all of them strongly focus on experiment, research and social innovation. They will return to Eindhoven for a residency in September and October.