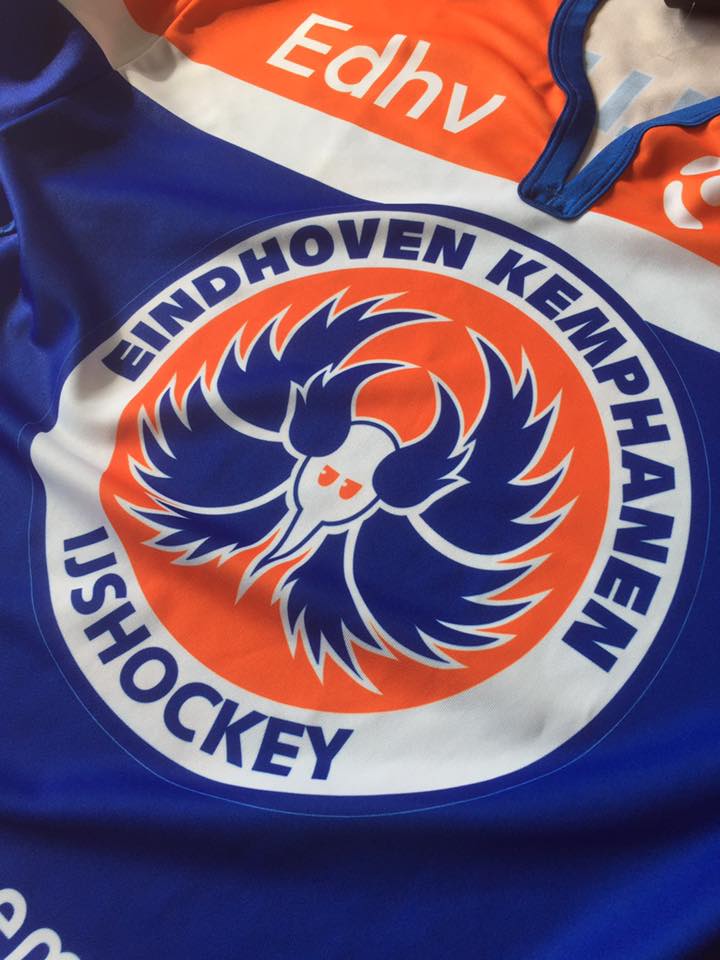 Edhv supports Eindhoven Kemphanen Youth ice hockey team since 2015. We were given this shirt as a sign of appreciation. Thank you, ‘Haantjes’! Go get ’em. 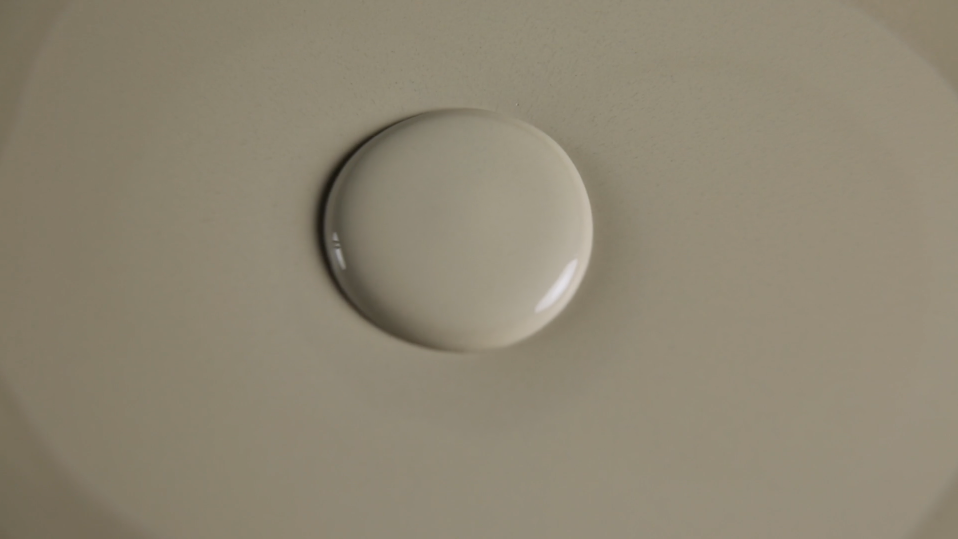 As part of the Advanced Relics exhibition the ceramic tile factory was on show during the Salone del Mobile in Milan. This video shows the symphonic dynamic of the installation at work, recreating volcanic patterns. The mesmerizing process of rhythmic overflowing and draining embodies the marriage between nature and technology. 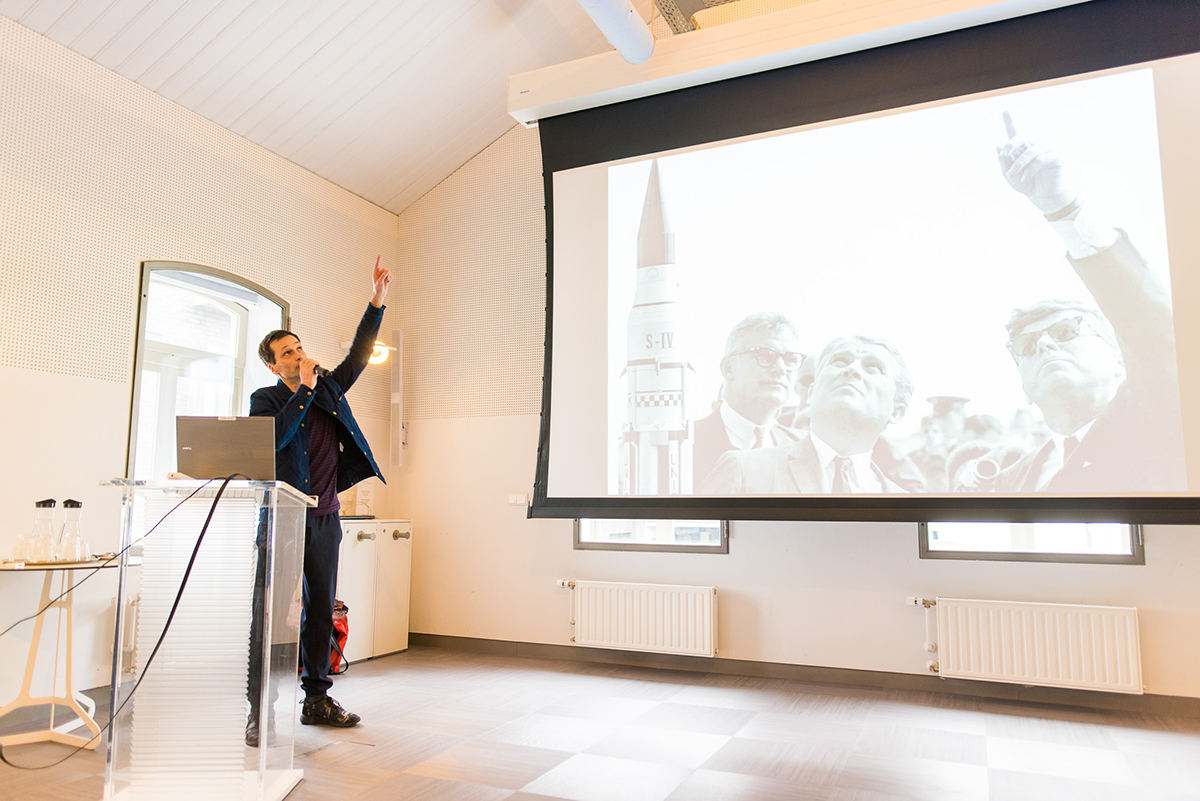 During a prelude event to a year full of Design Edhv was invited by the Philips Museum to do a lecture on Space Age design in support of the exhibition that is currently on show at the Museum.

Our perception of space has changed drastically over the last century. From a fear of the unknown to a concept that needs to be explored and conquered, to the rise of virtual space and disappearance of physical objects. 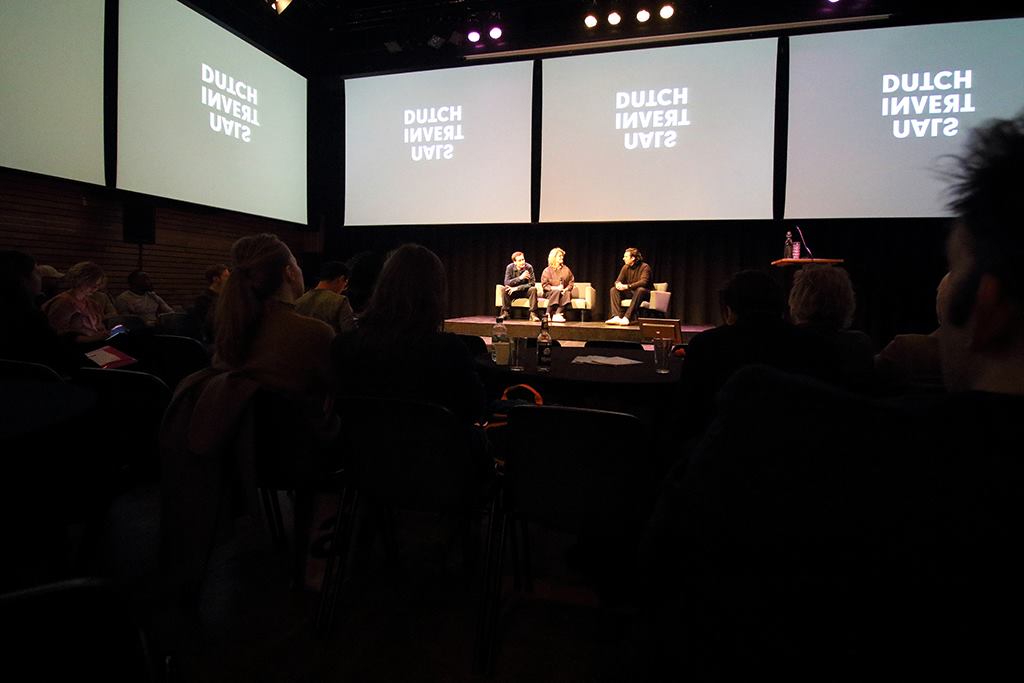 For the ninth edition of Dutch Design Daily Live, organized in collaboration with Pakhuis de Zwijger a selection was made from the archive of the online platform. With presentations by Circus Family, Dutch Invertuals, Trapped in Suburbia, Studio Tast and a column by Jacob de Baan.

In a Q&A with Woes van Haaften, Wendy Plomp en Remco van de Craats gave some insights on the evolution of Dutch Invertuals.

Preaching what we practice 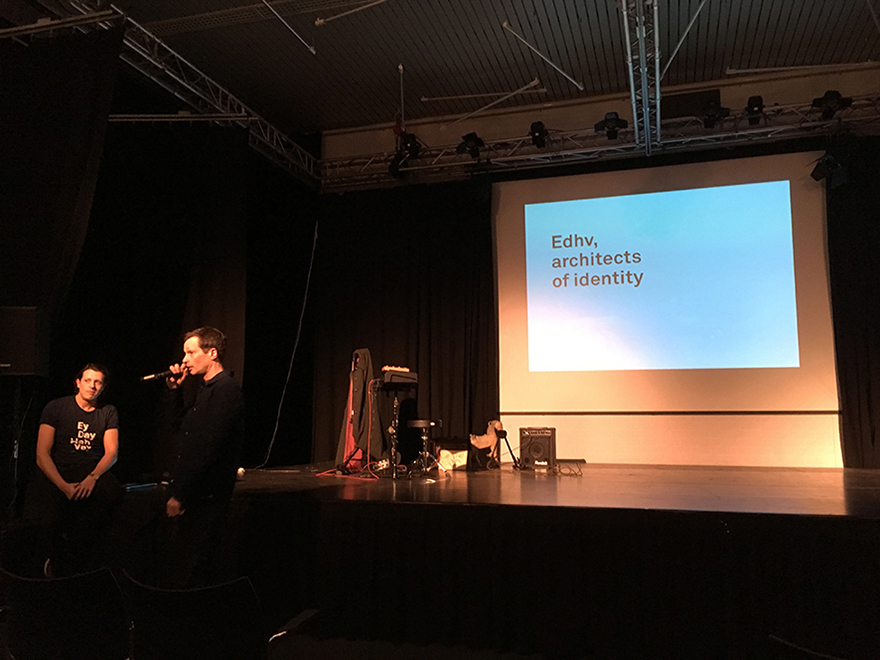 Last week Edhv was invited by Sint Lucas in Boxtel to give some insights on how the studio operates in two lectures. We always feel humbled to be able to tell something about what we do to the new generation. Good to see so much ambition and potential in there.

It is fascinating to see how people from various ages, backgrounds and cultures speculate what our future reality will be. For the 100th birthday celebration of the city library, people are invited to imagine how we will live in the year 2116. Another 10 ideas and stories were uploaded by visitors and have now been translated into 3D printed objects. The objects are currently on show in the library.

You are welcome to check out the 3D prints at the local library.

Because we are interested in staying up to date with high-end technologies and explore their possible applications in identity design, we like to organize a try-out every once in a while.

Last week we invited Indicia at the Edhv studio to showcase Virtual Reality. Events like these continue to inspire us in discussing possible domains where we can implement different technologies. It allows us to keep innovating and enhancing the dynamic of identities.

These are some examples of objects made after the stories that have been uploaded. A city on clouds, tree house, hovering Evoluon, flying robots, etc.

Go check them all out at our local library.