Don’t miss the opening reception for StereoType: New directions in typography. This special event is the first opportunity to explore the exhibition while enjoying complimentary drinks and hors d’oeuvres.

StereoType is a groundbreaking exhibition that presents works by an array of 14 established and up-and-coming designers from the United Kingdom, Japan, Canada, France, the United States, Israel, The Netherlands, Germany, and Australia. By exploring the opportunities at the intersection of technology and design, this new breed of artists is expanding the boundaries of traditional typography and integrating elements from the fields of animation, craft, performance, nanoscience, and graffiti into their work. Curated by Ginger Gregg Duggan and Judith Hoos Fox of c2 curatorsquared, the exhibition heralds a departure from conventional typographical approaches focused on two-dimensional letters by incorporating the elements of time, movement, and the third dimension.

StereoType will premiere at BSA Space on November 13, 2014 and feature some of the boldest experiments in typography today. The exhibition then travels to venues across the United States through 2016.

List of artists and designers included in the exhibition:

Where did the beer go? 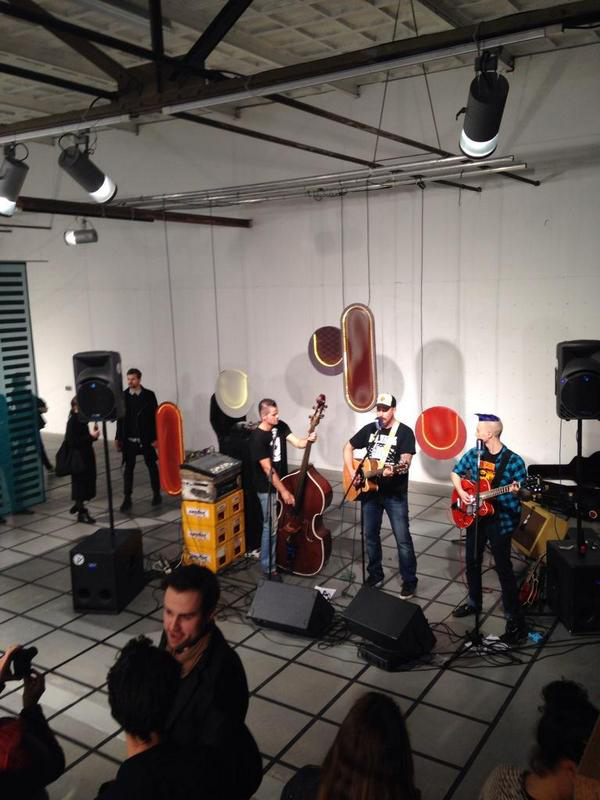 Wow what a party

Running out of beer before eleven was not intended. But the wine and beer taxi made up for it. Thank you for showing up and have a great time. Note: Next time more beers.

This year not one but two traditional Dutch Invertuals dinners took place at the Edhv studio. Always a nice way to celebrate the exhibition, invite guests and meet people.

The making of promotional displays for a housing corporation. Its a modular and mobile system and can be set up in many different ways. So the set up needs to be tested for any final adjustments.

The building site of the new Eindhoven brand store was sealed off with a wooden fence that asked people to leave their mark with chalks. It triggered a lot of creative outbursts and the images changed every day.

Our studio served as venue for a debate on culture in Eindhoven. People from a diverse range of cultural institutions as well as representatives from the local governments attended the gathering to have their say. Turned out the debate was more about money than about culture.

We just couldn’t resist to make our own version of that other iconic t-shirt by Experimental Jetset. So here it is. available in a limited edition. Drop us a line.

Edhv congratulates EHV365 and the city of Eindhoven with winning the national award for city marketing. Good to see this joint effort is bearing its fruit. Glad to be part in it.

Edhv was invited by Transnatural to show their debug project as part of the ‘Linking Parts’ exhibition at the amazing site Grand Hornu in Belgium. During the official opening bugs were doing their part again in producing a limited run of prints. If you happen to be interested in obtaining one, just give us a call.

Warming up for the summer

This was our first little get together for 2014. Good to see you again, have a chat and a beer. If you didn’t make it to this one, there is always the next time. See you then!