Here is a little recap of the opening from this year’s FHK Graduation Show in Tilburg for which we did the concept lay-out and communication. Next to that, a digital platform was launched to display all graduation projects. 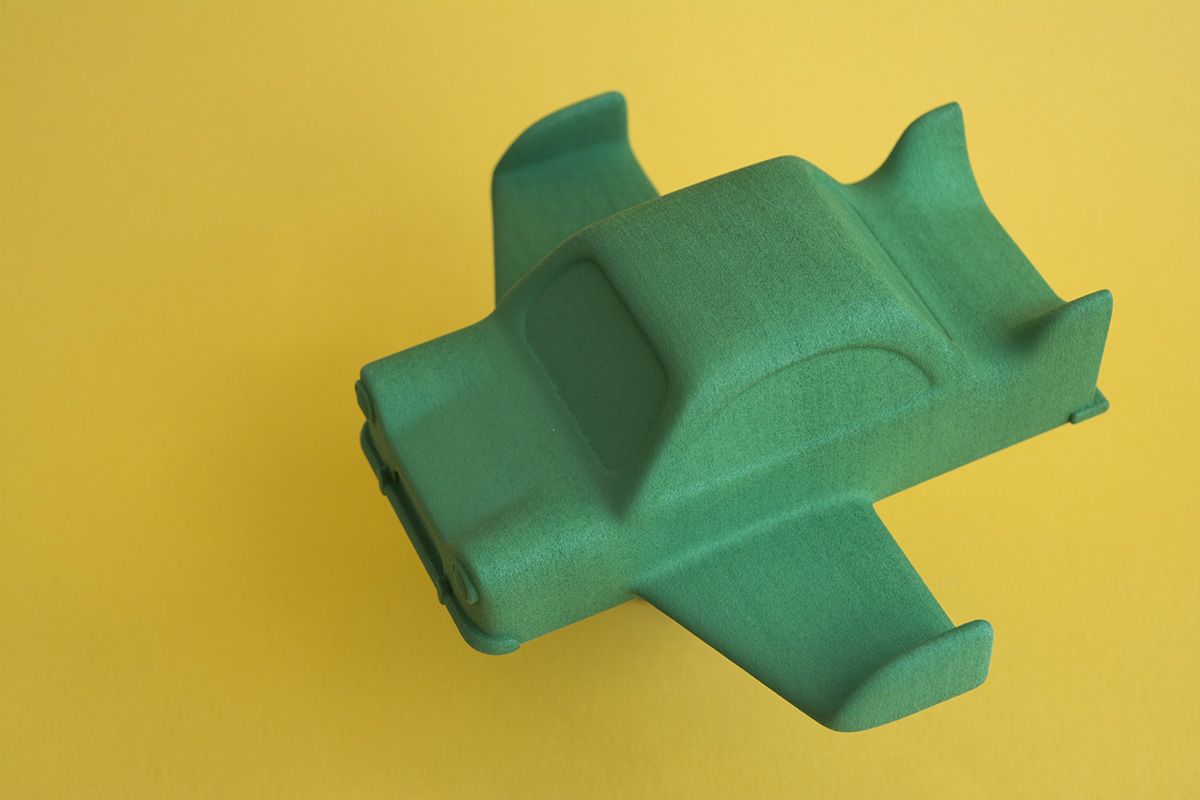 Here you see some examples of objects designed after the stories that have been uploaded. A flying DAF, a robotic fish and Eindhoven floating in the sky. 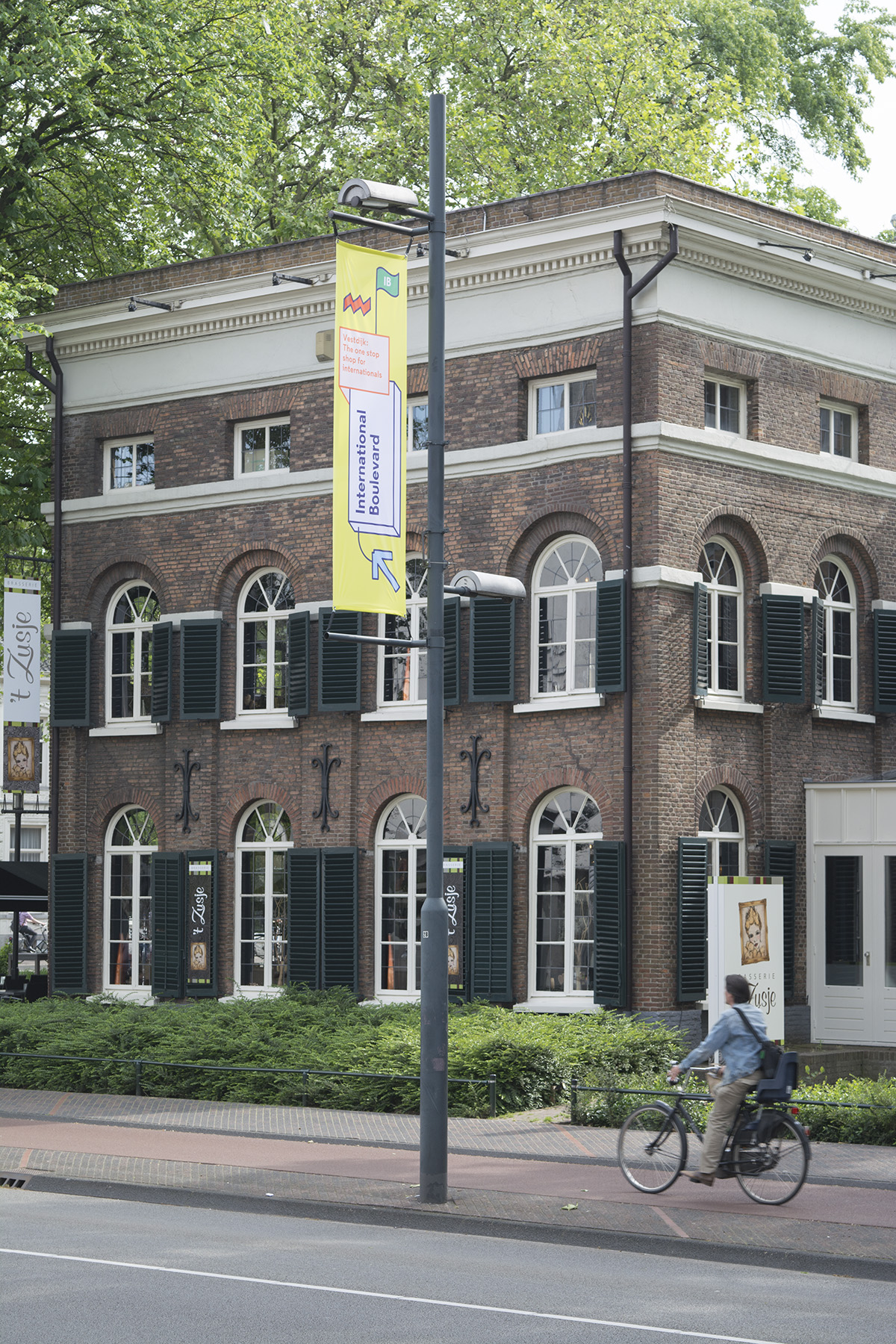 Nice to see our banners flying high. Eindhoven is working on an International Boulevard with a yearly returning International Festival. 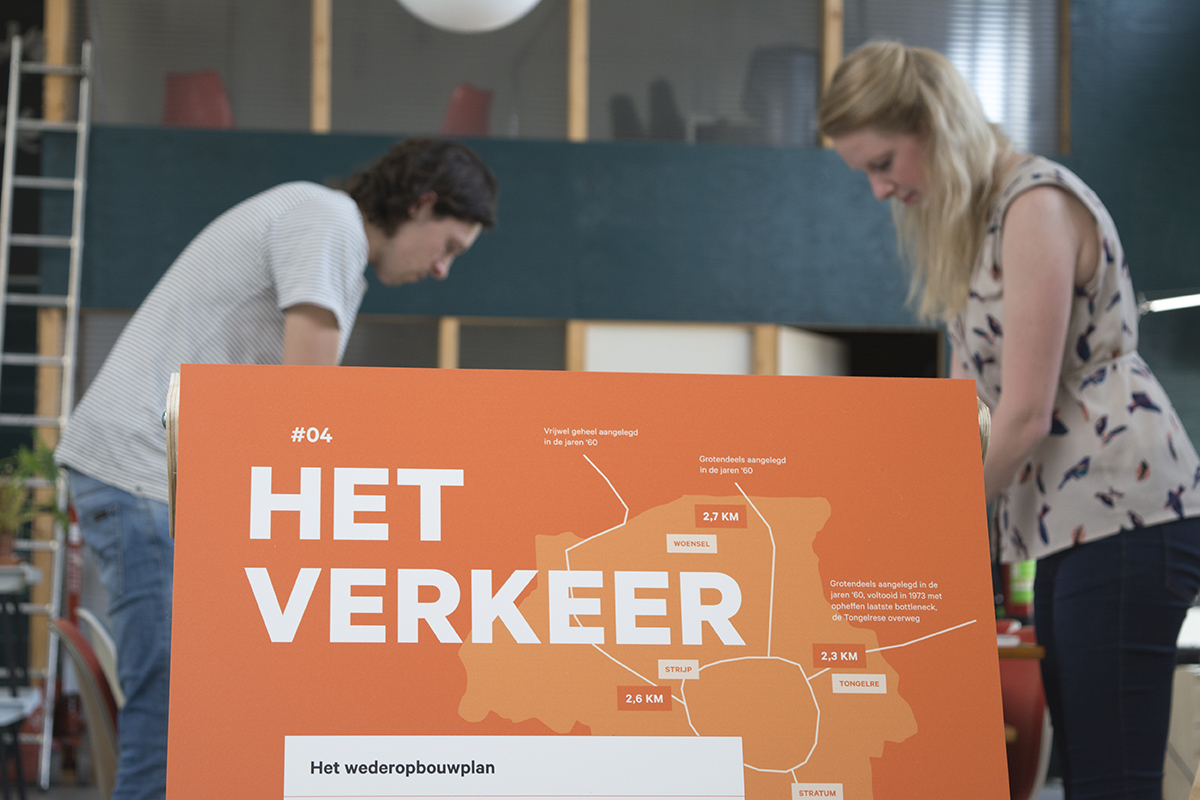 Not many people remember that after the war Philips had to come up with a solution to get people to the factories. There was simply no material available to do this. So they came up with the idea of the Vipre. In the morning a personnel carrier, at day time the truck did its heavy duty, and in the evening it switched back into a personnel carrier.

The Daf Museum fully restored the Vipre and is now a proud member of their collection. For the occasion we created some information panels to tell its history. In the meantime we are working on a big exhibition about the infrastructural developments of an industrial city like Eindhoven that will take place by the end of this year. So stay tuned. 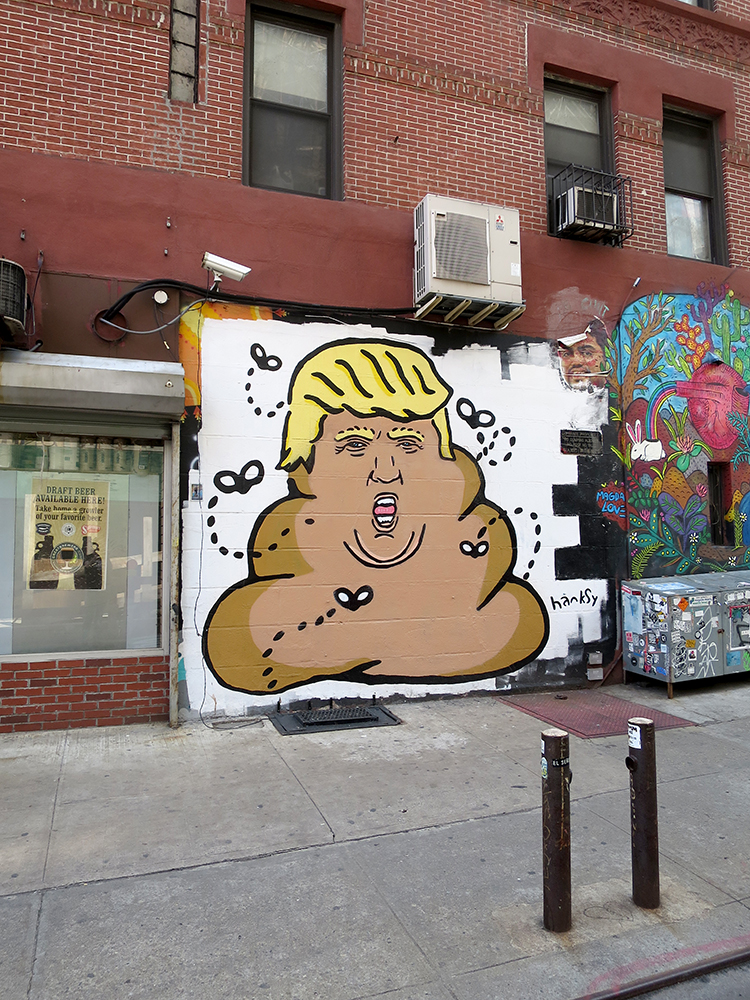 We are back after a well coordinated visit to New York to establish a good connection with the design venues and institutions.

Just a little recap:
Presentation of a new label in New Museum. Drinking Sake wine on the rooftop while nodding our heads to Madlib, Biggy, De La, etc. Seeing Stefan Sagmeister in his natural habitat. Opening at the Ventura New York at the Wanted venue. Opening at the Moooi store. Discovering how amazingly efficient Uber functions in a Metropolis. Attending the Dwell party. Driving deep into Brooklyn for the best Pizza place late at night. Standing in a small shop with Björk in front of us at the counter. Meeting with the organisation of the Collected fair. Meeting with the founder of Site Unseen. Visiting Carpenters Workshop Gallery, Chamber Gallery, Future Perfect Gallery, Matter Gallery (great cocktails), Colony Gallery (yoga lessons between design objects). Dancing in a club to Iggy Azalea and Nicki Minaj because no one will ever find out about it anyway. Being amazed by how they manage to put avocado in every dish we had. Meeting up with a few of our relations for a heads up. Catch an exhibition on James Turrell at Pace gallery while we where at it. Watching Marcel Wanders and Karim Rashid (and some half naked girls) dance on a bar at the Architonic party. Chasing a drunk club visitor down the street for disrespectful behaviour. Visiting the exhibition by Studio Job at MAD Museum. Meeting the curatorial staff at the Cooper Hewitt Design Museum. You know… just the regular stuff…

So here is a little random visual diary: 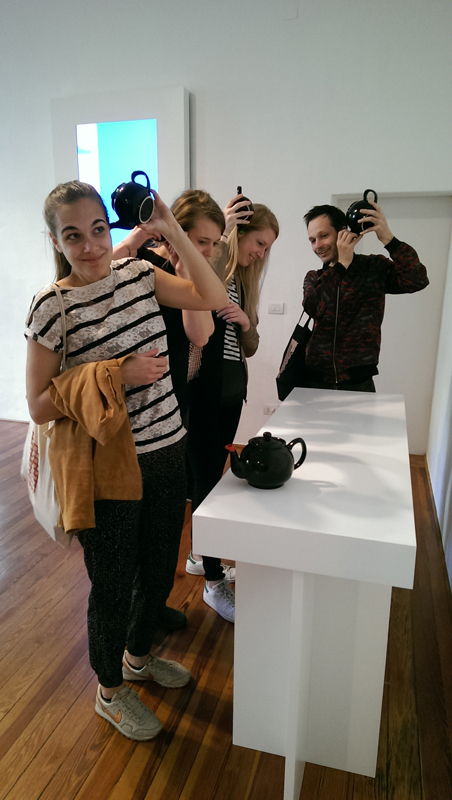 The yearly Salone del Mobile in Milan is a great source for inspiration. A great place to ‘know what’s up’. So here is a small visual report from our team. 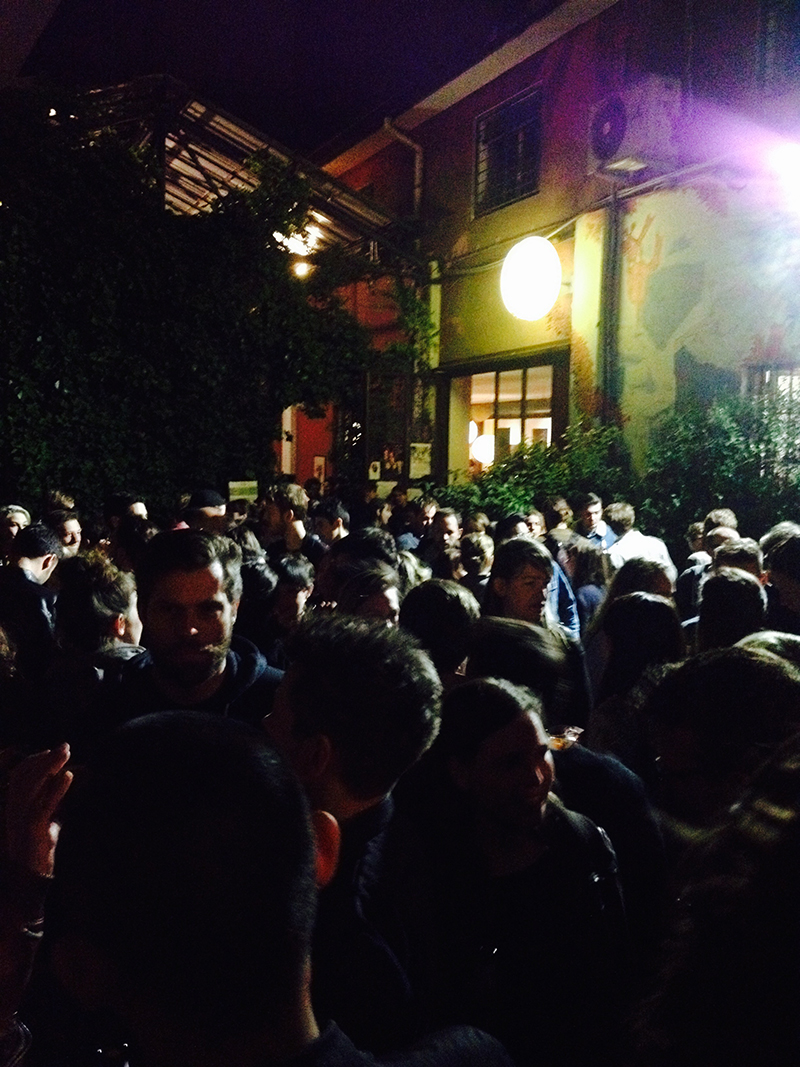 The Dutch Invertuals party seems to have become a lasting tradition to celebrate all the hard work. Even in Milan it has gained a reputation over the years. 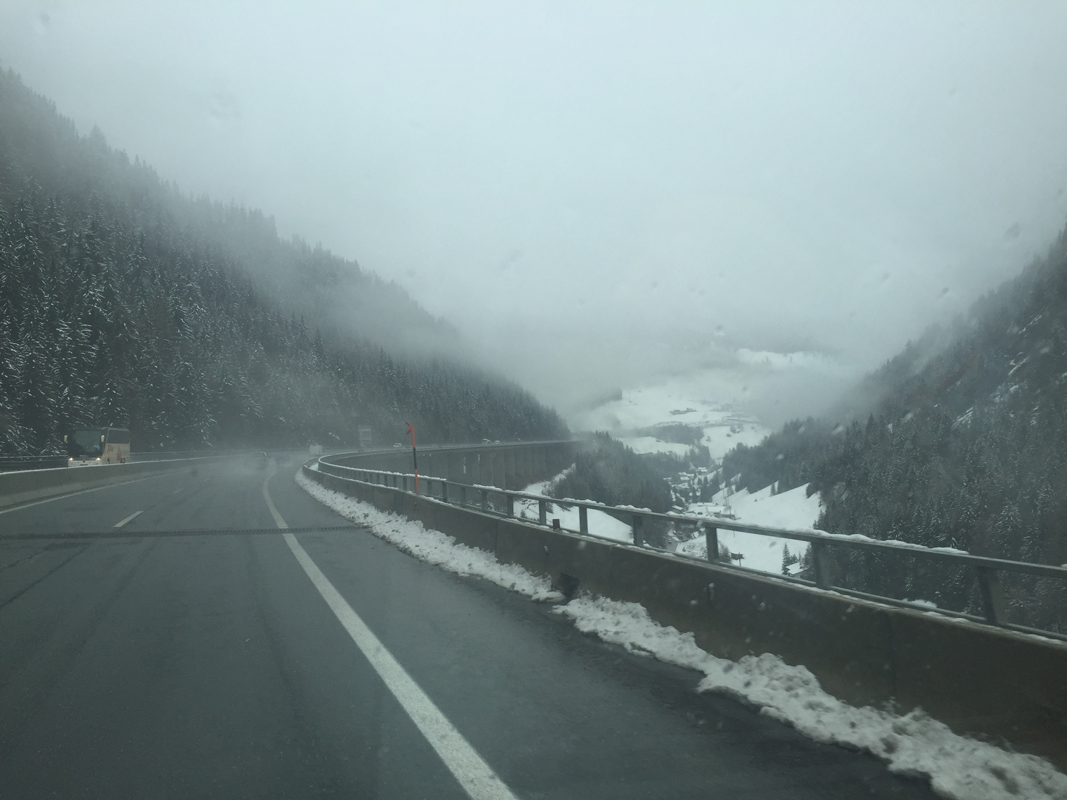 Every year the show in Milan is a big adventure. Months of meetings and preparations is eventually boiled down to one compact truckload on it’s way to the global design capital. And once it has arrived on its destination and the truck is onloaded, the process of building begins like a big burst of built up energy. Rushing to see if it all works out what we have been talking and planning about. Every edition feels like a big collective spatial work of art and it feels great. 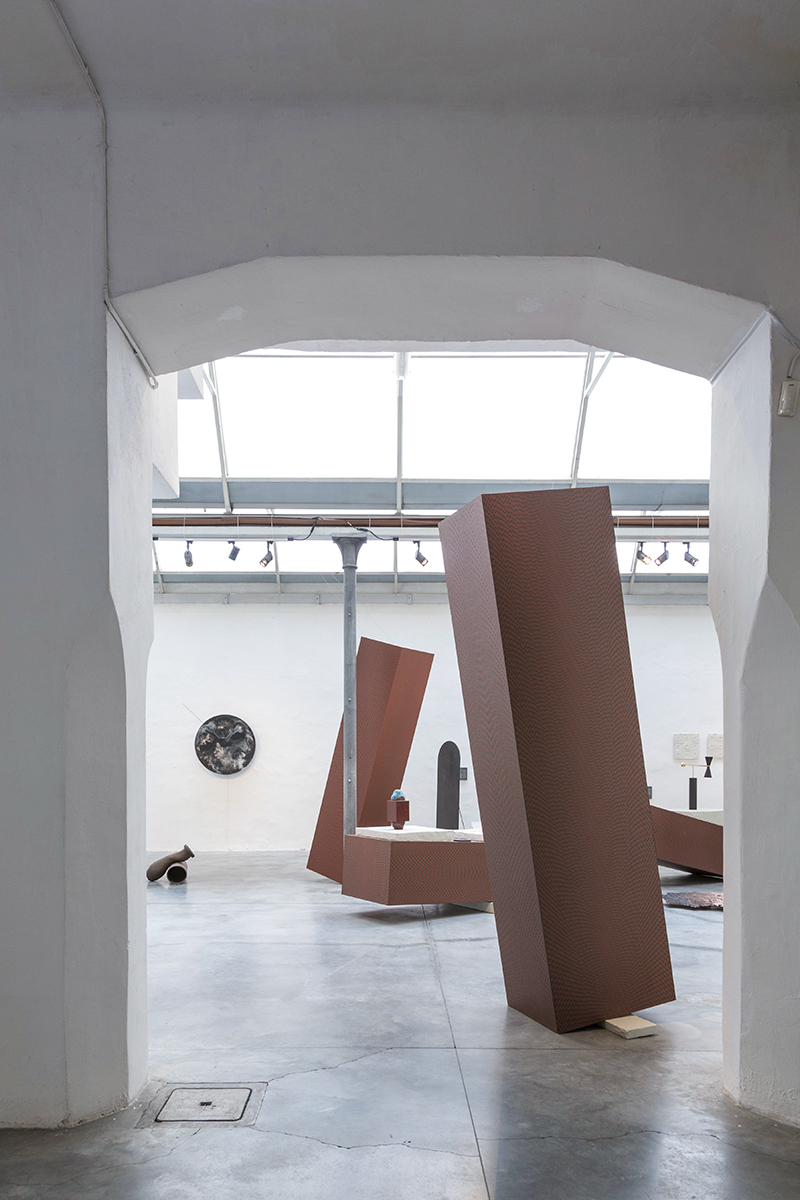 This year’s Dutch Invertuals show in Milan goes deep. Addressing the higher meaning of objects that seem to come from a future tribe or culture.